Most of us have been directly or indirectly  affected by the growing crime in South Africa and there doesn’t seem to be any light at the end of the tunnel. House safety and home security is a daily worry for most South Africans and it’s no surprise why, when you see the stats. According to Crime Stats SA there have been a total number of 26.8 million crimes committed since 2005.

Although certain crimes have decreased considerably in the last twenty years, robbery with aggravating circumstances such as hijackings and armed robberies, still continue to rise with little reprieve.  As you can see by the below infographic from News 24, motives and victims vary depending on ages and demographics, SA crime stats are disheartening for most of us.

To really understand crime escalation, we have to try to understand what the main causes of crime are. According to the the Centre for the Study of Violence and Reconciliation study, they name  the following as the the main contributing factors to crime in SA.

Not to mention our illustrious history and sordid apartheid past – still contributing to crime desensitisation, inequality and the high unemployment rate – all three big contributing crime factors mentioned above.

Unemployment in South Africa is currently sitting at a whopping 26.5%. That is 26.5 of the population without jobs in an already impoverished environment. According to many authorities, poverty is one of the leading causes of crime in SA. But does it explain the violent nature of crimes in South Africa? Accordingly to Gazetterreview published in June, the 10 countries with the worst crime stats are all countries that are considered developing countries where poverty is a factor.

Add that to highly underfunded and understaffed police departments, whose inadequacies leave criminals without a working deterrent there are a lot of changes that need to be made to decrease SA crime stats.

Crime, however, is complex and cannot be attributed to one factor and every demographic in South Africa has home security fears.  One thing is certain though, although crime is lower in 2016 than 2015, we have a long way to go and if the poverty and unemployment continues to rise while law infrastructure continues to decrease, change could be slow.

Have something to add or home safety and home security tips of your own? Message us on  Facebook to be featured.

5 Ways to Reduce the Risk of a Home Invasion 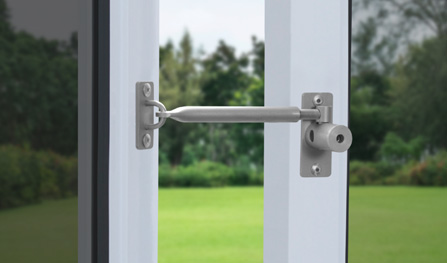